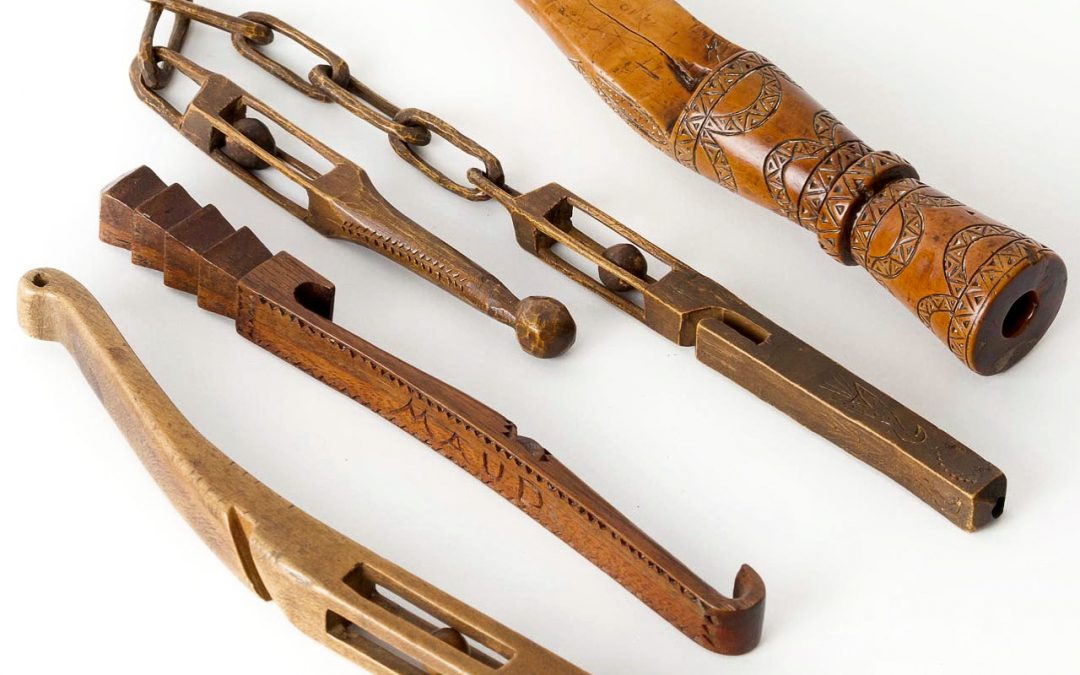 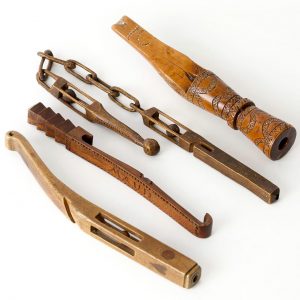 Knitting sheaths were devices, traditionally carved from wood, to aid knitting. The importance of the sheath cannot be underestimated, not only were they used to mend and darn socks, gloves, hats and wool items but to supplement their incomes by making and selling socks.

Knitting sheaths were used by placing the end of the stick against the right hip tucked into a waistband or belt at an angle so a double-ended knitting stick could be placed in the hole at the opposite end. This secured the knitting stick and freed the right hand so the knitter could knit with speed whilst standing or walking.

Sheaths can be grouped into several categories: goose wing, straight, heart-shaped, chain, cage, spindle, and individual forms, for example, legs shapes.  Skilled carvers could produce chains from a single piece of wood and more elaborate pieces with freely moving balls within cages. The most common form of decoration was chip carving, which appears on folk objects all over Europe, from the Baltic states, Scandinavia to Slovakia and the United Kingdom.

In the United Kingdom, some designs are specific to particular regions, such as the Goose Wing or Gull Wing favoured in Dent and the Yorkshire Dales and the Durham Sheath from the County of Durham. 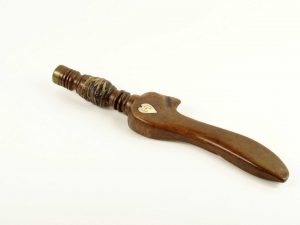 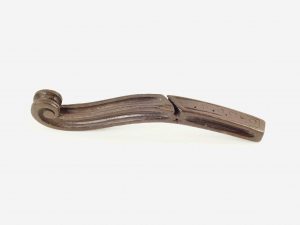