Story Behind the Object 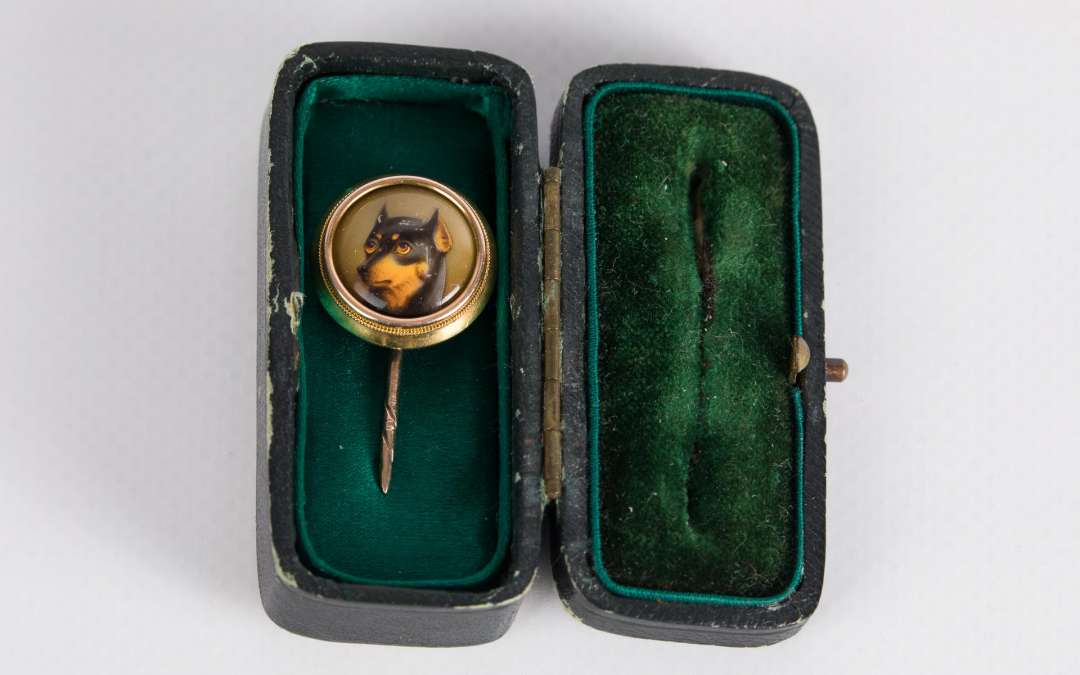 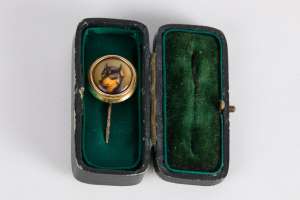 We have been trying to identify the breed of dog in the miniature attached to this cravat pin. After much research and by sheer coincidence (through a conversation with another dealer) we now know the dog is a ManchesterTerrier.

The miniature Manchester Terrier was painted by W.B. Ford who was a specialist painter of miniature enamels

In the early 1800’s a breeder from Manchester John Hulme is credited with crossing the Black and Tan Terrier with a Whippet to produce the sleek, agile and powerful Manchester Terrier.  The dogs were initially bred to control vermin, notably rats, at which they excelled. So efficient at the task the terriers often appeared at rat baiting pits until that sport, which had effectively been illegal in England since 1835, finally died out at the beginning of the 20thCentury.

In Victorian times the Manchester Terrier gained the nickname of Gentleman’s Terrier because of its dignified demeanour.

The breed developed a reputation for having great spirit and determination when facing a foe, even ones twice their size. The practice of ear cropping eliminated the risk of ears being torn in fights.

Ear cropping is the removal of part or all of the external visible flap of the ear and earhole and was banned in England in 1895 which impacted on the Manchester Terrier’s popularity. Many did not care for the look of uncropped ears.